Today Tues 10th July the Weather data feed from the UK Met Office seems to be royally broken. So the weather widget on the SmartPanel will be blank when it refreshes. Nothing we can do about this at the moment except inform the Met Office.

as of 7pm the API from the Met Office is still broken.

as of 5am Wed 11th July the feed seems ok again, so the Weather widget can get the data to display. Met Office hasn't published any fix comment though so the problem could still be there and re-appear on a future weather update. As a result of us posting the issue on the Met Office forum, other users are reporting they have the same issue which has appeared a few times in the past month (first occurred for us ~ June 18th). 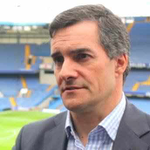 For weather widgets we use the agreggated forcast from the Dark Sky API https://darksky.net/dev/docs

Thanks - that does look good. Do you have any view on how good the forecasts are (i.e. how well their predictions match reality)?

FWIW we have a work-around for the Met Office feed problem involving caching the 'last known good' API response and using that if what we are currently receiving is broken in any way. This isn't yet deployed but will be along in a future update

The work around I mentioned above has now been deployed so we should not now be afected by short outages from our data provider.